An Analysis and Refutation of Factitious “Evidence”, Deceptions and Flawed Argumentation of the “Holocaust Controversies” Bloggers

Ever since the authors of the present study started publishing, together or separately, thorough studies about the most prominent German camps of the WWII era which are generally referred to as extermination camps, orthodox historians have made it a point to intentionally ignore these studies which they seem unable to refute. This eerie silence ended only in late 2011 when several members of the exterminationist Holocaust Controversies blog published a 570 page-long online study titled Belzec, Sobibor, Treblinka: Holocaust Denial and Operation Reinhard. With it they claim to refute three of our authors' monographs on the camps Belzec, Sobibor and Treblinka (see vols. 9, 19 and 8 of the Holocaust Handbooks series).

This lengthy orthodox critique forced our three authors to go back to the sources. After a year of archival and library research, the rebuttal of their detractors' critique was finally complete, and a few months later Mattogno's major contributions to it were translated into English. The opus seemed ready for publication. What followed next, though, was an arduous, 6-months-lasting process of thorough fact-checking and archival verification by peer reviewers as well as massive lingual improvements by numerous editors. The results are out in the open now: a work comprising more than 1,500 pages.

This work has occupied the most knowledgeable revisionists for a year and more. It has led to the postponement of numerous other projects (as can easily be gleaned from this website as well). Today's leading revisionists consider this their ultimate response and final word on the subject. From now on they have promised to focus on more productive research and publications.

As to the contents of this book, the casual reader may be warned: This work cannot be read like a novel. It is a point-by-point response to the above-mentioned Holocaust Controversies bloggers' PDF file (accessible on their website) and can be understood only in that context. It also requires that the reader be familiar with the authors' three monographs on the Belzec, Sobibor and Treblinka camps, all of which can be accessed and downloaded on this website.

It goes without saying that it is neither easy nor profitable to publish such a huge two-volume opus which will find only a very small audience. In order to make the text a little more readable and to reduce the volume of the printed version slightly, it does include only the English translations of any foreign language sources quoted. The full foreign language text can be found in the extended PDF version. Since this PDF file is accessible to everyone and can thus be searched, we have refrained from creating a cost-prohibitive index.

In summarizing the book's conclusions, Jürgen Graf writes in his Epilogue:

"Holocaust Controversies had all the time they needed to write their ,refutation'. They were assisted by a host of Holocaust historians they diligently enumerate in their introduction. It did not help them a bit. […] Since the exterminationist position with regards to these two topics [gas chambers and eyewitnesses] is hopeless from the beginning, Myers had myriads of opportunities to make a fool of himself, and he missed not a single one of them. […]

However, the most preposterous chapters of the pamphlet are undoubtedly the two last ones, written by […] Roberto Muehlenkamp, who unsuccessfully tried to prove that during World War II the eternal laws of nature had to pause so that the evil Nazis could carry out their massacre in chemical slaughterhouses and get rid of the bodies without significant use of fuel. [Muehlenkamp] knew exactly that Mattogno, who has an encyclopedic knowledge of all problems related to cremation, would react to his challenge and make mincemeat of his chapters, to use Romanov’s poetic formulation for the last time. Is Muehlenkamp perhaps a masochist? Does he relish the role of the circus clown who is pelted with eggs to the roaring laughter of the audience? Now he has egg all over his face. I do not feel a bit sorry for him because he asked for it." 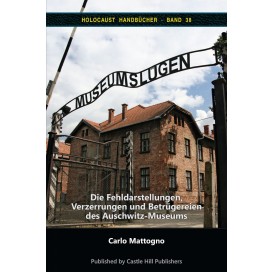 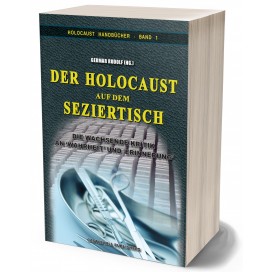 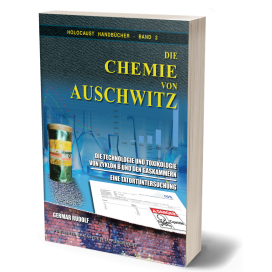